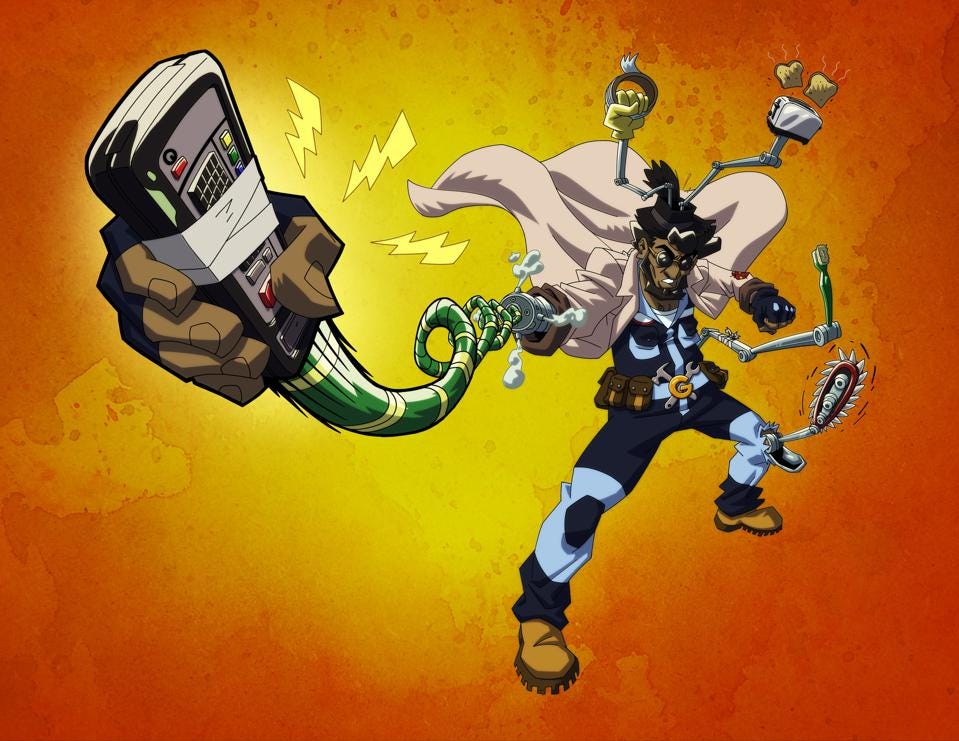 Newell, who co-founded Code Black Entertainment then ran the group focused on Black-oriented films for five years at Lionsgate, said the partnership has been cooking between the principals for a long time, fueled by a keen awareness of a hole in programming available for BIPOC families even in the vast sea of content available on streaming services.

“In the animation space, just like in the traditional content space, there’s a lack of diversity, but in animation it’s particularly severe,” Newell said. “We have the capability if we want to serve the (broader) market (for BIPOC-focused content). But I think there’s a greater opportunity when we move toward the family end. We do have a lot of adult content on primetime TV. We’re saying, ‘Hey, here’s our opportunity.’”

The partnership will create and sell its own projects, but also hopes to recruit and mentor up-and-coming BIPOC animation talent, providing a package of services and support to help make those projects happen, Newell said.

“I think it’s a category that still can grow, particularly international,” Newell said.

One project already in the hopper is called The Adventures of Skelly, a coming-of-age series about the son of the Grim Reaper. Skelly travels across dimensions, hoping to become the world’s best luchador, or Mexican wrestler, but also faces a familial pull to take over for his father in the company “business.” Miller will be showrunner and executive producer.

And the potential homes for such programming lies not just with services such as Netflix NFLX -2.6% and the streamers from big Hollywood studios.

Newell specifically mentioned creating children’s programming on YouTube, where children’s programmers such as Wild Brain and Spinmaster have found big new audiences watching broadcast-length and -quality shows on Connected TVs during the pandemic.

Newell’s partners are each notable in their own worlds. Brian A. Miller spent 21 years running Cartoon Network Studios for Turner Broadcasting and picked up 10 Emmys along the way. He left Cartoon Network last year and launched Pat & Mike Productions in Los Angeles.

“TwentyOne14 understands the exigent importance of bringing the voices of diverse storytellers to the forefront,” said Miller in a release. “I’m looking forward to partnering with them to produce content that speaks authentically to an underserved and underrepresented audience; Quincy and (colleague) Mykel (Mitchell) are seasoned diverse content producers who fiercely foster new and established talent; and I can’t wait to get started!”

Abnett is perhaps best known for his part in the Marvel Guardians of the Galaxy comics that led to a video game and two hugely popular Disney films for which he’s also credited as a writer. But he’s also been a wildly productive writer across many other major fantasy and sci-fi genres, writing novels, comics, graphic novels, games, films and TV, for franchises such as DC’s Aquaman, Dr. Who, Middle-Earth: Shadow of Mordor and Warhammer.

Miami-based Team Legend Studios focuses on animation series and features, and is led by co-founders Thiago Levy and Jonathan Ovalle.

Newell’s TwentyOne14 Media announced the partnership. He already has deals with Cinedigm for a streaming channel focused on Black audiences, with Fuse Beat now available on ad-supported streaming aggregators such as Pluto, Vizio, Roku and Samsung+.Follow me on Twitter or LinkedIn. Check out my website.